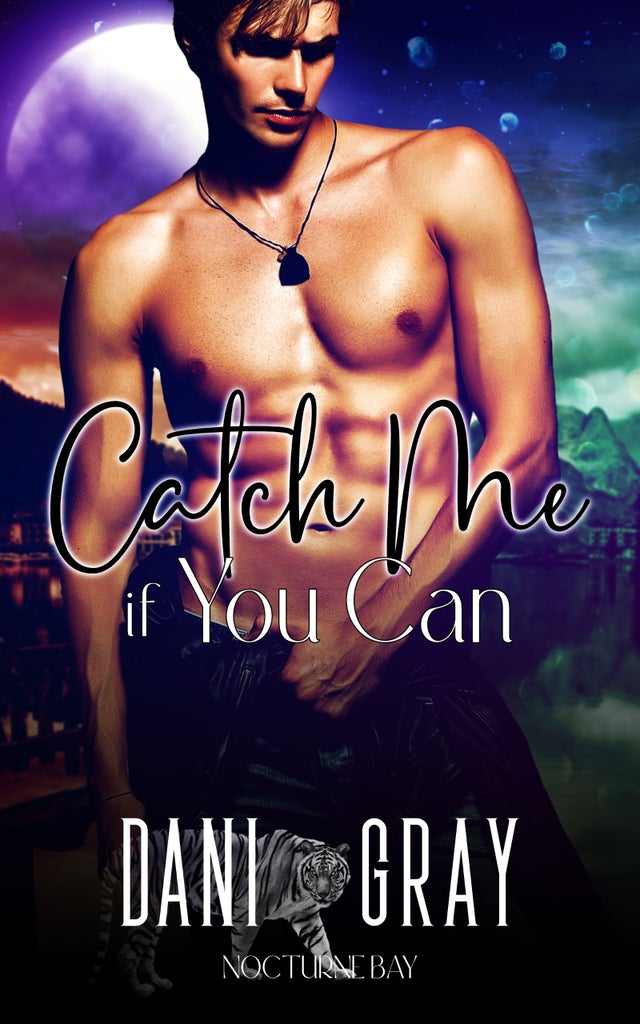 Catch Me if You Can

On his way to Nocturne Bay for a relaxing vacation, Bob Simmons stumbles across an unconscious Siberian Tiger lying in the middle of the road. Working as one of the few humans on a team of enforcers for the Council, he soon discovers the shifter was kidnapped to be used for hunting purposes.

Jagger thought he was applying for a job as a cook, but instead he found himself kidnapped and used in a fighting ring. When he refused to fight, he was locked in his shifted form and hunted by people who wanted more of a challenge than some dumb animal presented.

Their chance meeting led to Jagger finding his mate, but it’s not the fairy tale he always imagined. While trying to stop the cruel trade of shifters and the illegal fighting rings, the pair uncover even more horrors perpetrated by those in charge.

Can Bob and his team of enforcers stop what’s happening before it’s too late?