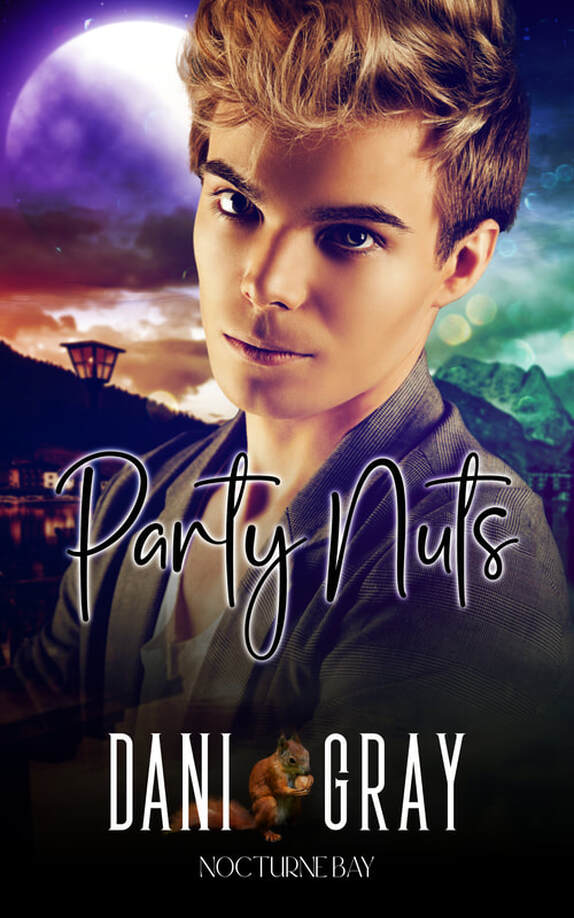 Sammy Love was the owner of a lingerie store called Oh Là Là Chéri, a store geared mainly towards men. He was a squirrel shifter from a large family and loved life with his three best friends. He loved being able to dress people up and make them feel their absolute best. He felt it was his calling in life to show people how to be true to themselves, no matter what others told them they had to be.

Quentin Everett was a cougar shifter who’d been kicked out of his home at a young age by an uncaring mother. He had been raised by an older brother, until that brother was kicked out, then he became the oldest, raising his younger sibling until it was his turn to be banished. He never knew his father, just like the rest of his siblings. When he got older, he managed to put himself through school on scholarships and became a park ranger. He loved the freedom it gave his cougar, and himself.
​
Getting tickets to the event of the year at The Underground, a costume party was something that everyone wanted. Sammy was dressed as a bandit, and even though he’d helped his besties with their costumes (much to their annoyance) everyone was dressed fabulous, when some skanky fairy came along and tried to steal his booty of nuts! Mayhem ensued as Sammy tried to collect his lost booty of nuts from the floor, as chaos with mates began.
~~~
Word count: 31.600
Warning: Gay erotic romance. The material in this book contains explicit sexual content that is intended for mature audiences only. All characters involved are adults capable of consent, are over the age of eighteen, and are willing participants.

Check out all the stories in Nocturne Bay
Prince Charming NOT!!! by Aja Foxx
Catnip by Arden Steele
Party Nuts by Dani Gray
I Should've Stayed Home by Lisa Oliver